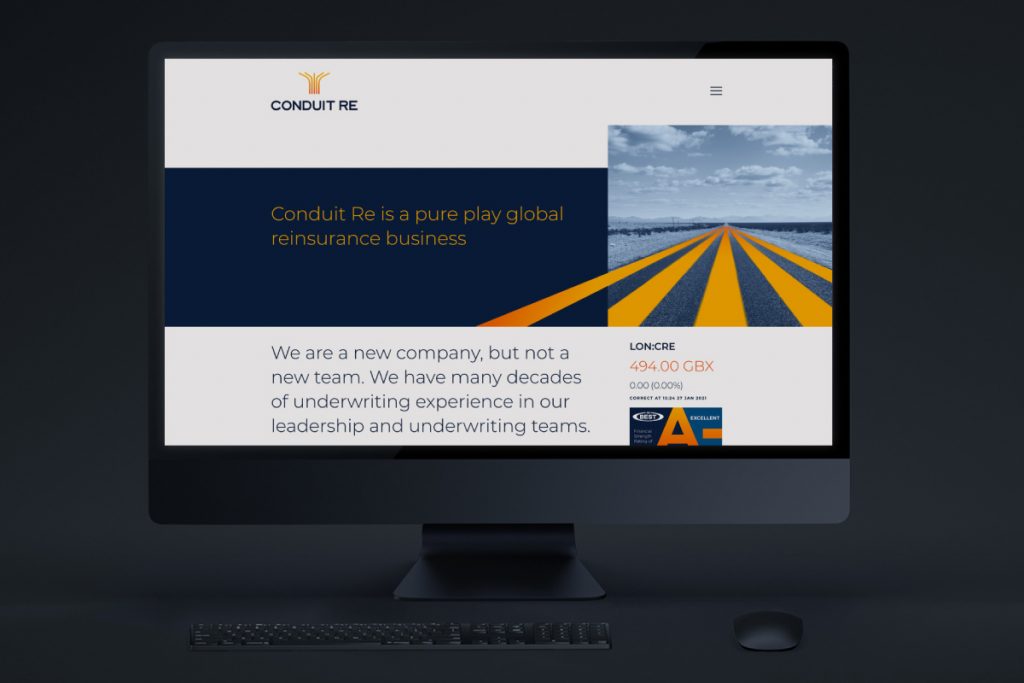 There were a number of insurance industry start-ups in 2020, but Conduit Re was notable as a rare reinsurance newcomer and it was important to ensure that its launch stood out in the run-up to the critical 1/1 renewal season. This required an impressive, considered campaign to be able to get a clear message across to potential clients, investors and the media. That’s why Conduit Re trusted Haggie Partners to help them develop their branding, launch, communications and ongoing promotion of the business.

Prior to the launch, the Haggie Partners’ team conducted branding and messaging meetings with the Conduit Re executives to help distil their vision and create a striking brand identity as well as strong corporate messaging. The branding, website and supporting materials were all produced within the space of six weeks. Haggie Partners also built a social media presence and continues to work on creating and posting content that increases engagement and ties in with its public relations support.

Haggie Partners ensured Conduit Re began its new venture with a strong media presence, with more than 90 international publications, including the Financial Times, Bloomberg, Reuters, The Times, The Telegraph, City AM, and almost all insurance trade media reporting on the launch. The team continues to support Conduit Re in organising media events and exclusive interviews with key publications.

With the group’s chairman, Neil Eckert, a well-established voice on the financial services industry’s ability to promote environmental engagement and enact change, Haggie Partners creates opportunities to offer a platform for his views on ESG issues, firmly embedding him as a thought leader for the reinsurance industry. This passion for all things environmental informs everything Conduit Re does, be it media engagement, branding, social media and the day-to-day running of the business.

The interest in Conduit Re and its launch by two well-known industry figures was to be expected. Haggie Partners is now working though public relations, design and branding, investor announcements and social media channels to ensure that interest and profile remains high and that Conduit Re continues to set the news agenda.

How to go about choosing the right colour palette