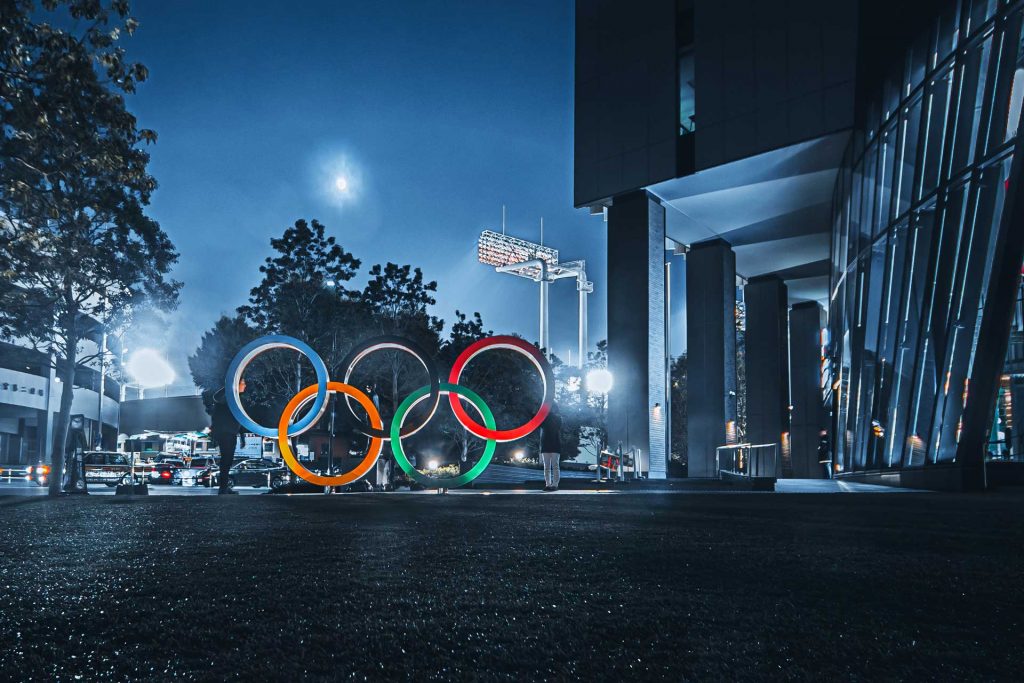 The Tokyo 2020 Olympic Games will go down in history as one of the most unusual and perhaps memorable Olympic Games of our time. Not only was it postponed for only the fourth time since 1896, the others being delayed because of World War I and II, but it saw a number of firsts and influential moments, proving the power that sport brings.

Multiple countries were able to walk away with medals for the first time. According to the NBC Olympics coverage, prior to Tokyo 2020, 71 existing national Olympic committees had never won an Olympic medal and 109 had never won gold. 88 different nations won a medal in Tokyo and 63 won gold – both an Olympic record. Some countries had never heard their national anthem play at an Olympic ceremony and if this doesn’t strike a nerve of overwhelming pride, I don’t know what will.

The most notable for me (and perhaps many connected with the insurance world) was Bermuda, which earned its first gold medal in the women’s triathlon. The small Atlantic nation has only claimed one medal prior to Tokyo, which was a bronze in heavyweight boxing in 1976. In Tokyo, triathlete Flora Duffy brought home the gold, crediting her quick pace in the cycling and running portions of the event, which allowed her to win by more than a minute. The sheer power, stamina and mental wellbeing that is required for this event is unimaginable and it was a joy to see Bermuda finally walk away with a win.

Skateboarding made its Olympic debut at Tokyo 2020, and it had the largest age gap between competitors. They ranged from 12 to 46 years old, and perhaps surprisingly, the youths took the podium. Japan’s Momji Nishya, aged 13, won gold, Brazil’s Rayssa Leal, also aged 13, took silver and 16 year-old Funa Nakayama earned bronze. On top of this excellent display of age diversity, Leal was voted winner of The Visa Award, an award which celebrates friendship, inclusion, acceptance and courage – traits which were exemplified by Leal. As part of her award, Leal was given $50,000 to be donated to a charity of her choosing. She became the first athlete to be awarded this inaugural accolade following her excellent display of sportsmanship towards her opponents, making her the ultimate role model for children of all ages.

Another outstanding display of sportsmanship goes to the gold medallists of the men’s high jump. That’s right – I said medallists. In the Japan National Stadium, Gianmarco Tamberi of Italy and Mutaz Essa Barshium of Qatar both missed three attempts at clearing a record-breaking height of 2.39 meters. They had made perfect jumps until then. Instead of continuing until one of them missed the jump, they agreed to share the gold medal. The reason this moment was so inspiring is because of the limited number of times this has happened. The gold medal has only been shared 31 times in history, the majority of them in sports where winners were determined either by judges or by officials who declared joint winners. When Tamberi and Essa Bershium decided to share the glory, this was the first time in history that rival athletes from different countries had asked about the possibility of sharing gold between them. Seeing the joy on both athletes’ faces was one of the highlights of these games for many, irrespective of their nationality.

Tokyo 2020 also saw its first ever transgender athlete compete, which helped give it the label of ‘most gender-balanced Olympics’ yet. Laurel Hubbard, a weightlifter from New Zealand, came out as transgender in 2012, after competing in the men’s division since she was a junior. Her junior career was incredibly successful. She was the national record holder, lifting 300kg in domestic men’s competitions before quitting in 2001 at aged 23. After she came out, she resumed her sports career and won multiple gold medals at international tournaments. Following the International Olympics Committee’s rule change for transgender athletes in 2015, she was chosen by the New Zealand Olympics committee to represent New Zealand in the women’s weightlifting division in Tokyo, calling her a “really important role model” who “opens up a conversation about inclusivity”. And I couldn’t agree more. Hubbard unfortunately had a failed attempt to lift 120kg and two failed efforts at 125kg, which ended her competition, but her appearance will hopefully influence further equality in the sporting sector and the wider community.

Lastly, let’s talk about Simone Biles, and if you don’t know this name, you probably should. Biles has been called “the real hero of this summer’s sporting events” by The Independent after she withdrew from competition to protect her mental health. Biles is a very talented female gymnast who has won 32 Olympic and World Championship medals. Biles’ seven Olympic medals mean she ties with former gymnast Shannon Miller for the most Olympic medals won by an American female gymnast and she is considered one of the greatest and most dominant gymnasts of all time.

Her withdrawal from competition sparked a much-needed conversation about athletes’ mental health. Olympic athletes perform at the highest level of precision possible, which requires a stable frame of mind, and those without a stable mindset could get hurt. Biles’ withdrawal echoed across the world and many athletes came to her support, most explaining their own mental health struggles. These athletes are under intense pressure to represent their countries and win, but Biles showed the world that winning isn’t everything. “I’m more than my accomplishments and gymnastics, which I never truly believed before,” said Biles.

Tokyo 2020 was more than an Olympic Games – it was a turning point for sports and the wider community. Policy toward inclusivity will change and the importance of mental wellbeing will be further recognised. I take my hat off to the athletes who have proven to be an uplifting and irrepressible force, competing in what people are calling the more stressful games ever. It will always be remembered as the Covid Olympics and it is somewhat of a minor miracle that the event was even able to take place. What an incredible reminder of the power of sport’s symbolism, achievements and ability to draw us together and lift us up.