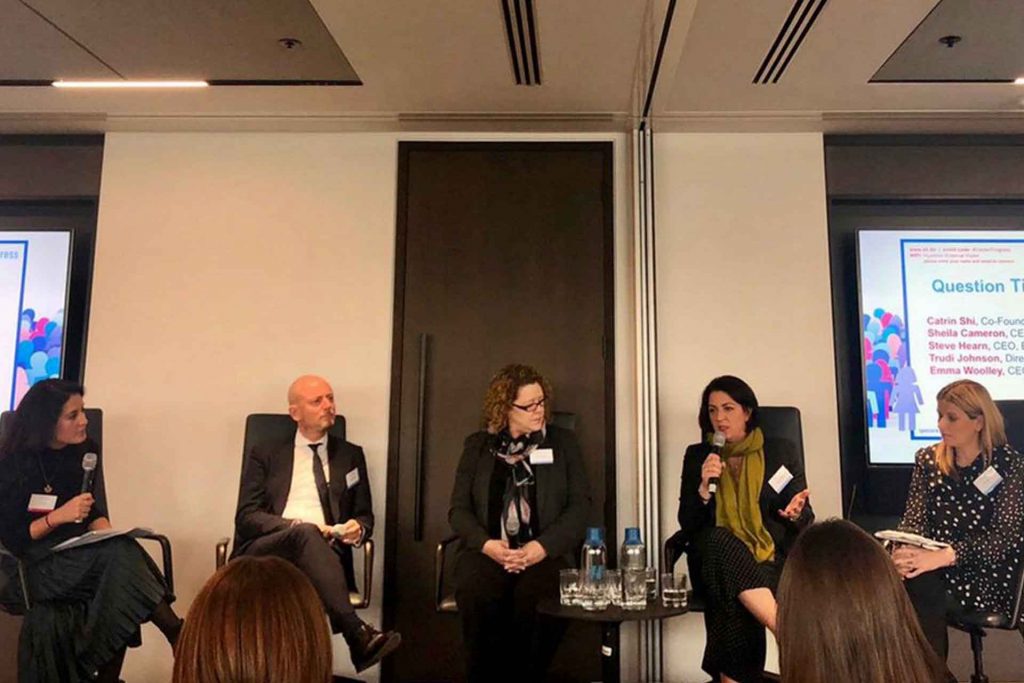 The power of standing up

A number of the Haggie Partners team were at the latest Insider Progress event.

It was hugely encouraging to see the significant numbers attending and a relative increase in diversity of the audience. Ironically, in this context, diversity means ‘more senior men’. It is critical that they are part of this culture conversation. It’s not enough to preach to the converted; those sceptical and those who feel unaffected by industry cultural issues also need to be involved.

Culture was the focus of the first part of the morning, followed by wellbeing. Although the discussion on wellbeing was well attended and got some good engagement, it was clear from the numbers and the questions piling in, that culture is really the top concern at the moment.

Why? Because people realise that the London insurance market needs to change. And while there was some debate about whether change comes from the top, middle, bottom, or a combination of all three, it was crystal clear that everyone needs to stand up and take responsibility for cultural change.

Chatham House rules meant that speakers were certainly frank and open, which led to some impressive and challenging discussions. The conversation certainly moved beyond the platitudes that can sometimes be spouted at events like these.

What was especially powerful were the personal examples given by speakers of moments when they have taken a stand at a particular moment. The point was well made that it’s easy to make big sweeping statements, but sometimes harder to take the personal responsibility of specific action to change culture.

This particularly struck home with me when Sheila Cameron, LMA CEO, recounted an incident where a young female underwriter had been told by a more senior male underwriter that he didn’t want her on the team because she would “go off and have babies”.  The female underwriter happened to mention this at a market event to Sheila, who was able to intervene in a way that protected the lady’s anonymity, but also to bring about change and address the issue.

It would be easy for any of us to have had a sympathetic conversation but do nothing. Sheila also pointed out that it was only as she was leaving the event that she questioned herself “about the standard I ignore being the standard I accept” and then went back to follow up.  I suspect I probably wouldn’t have made that move.  Would you?

As everyone from Lloyd’s to the FCA looks at culture more closely, and with Lloyd’s just launching its speaking up campaign, this topic is not going away.

The data that is available now is also undeniable and helps us to show why we need to act. In conversations I had at the event (and have had previously), it was striking how many people’s reactions to the original Bloomberg article were, “well that’s old news, things have moved on”. But faced with the Lloyd’s culture survey data, they – we – have been forced to take it seriously. As we should.

There is certainly evidence that positive business metrics come out of positive, diverse cultures.  But the key point is, building an industry and corporate culture where people can be open, comfortable and thrive is the right thing to do.

I’ll be thinking about what I can do. What will you do?