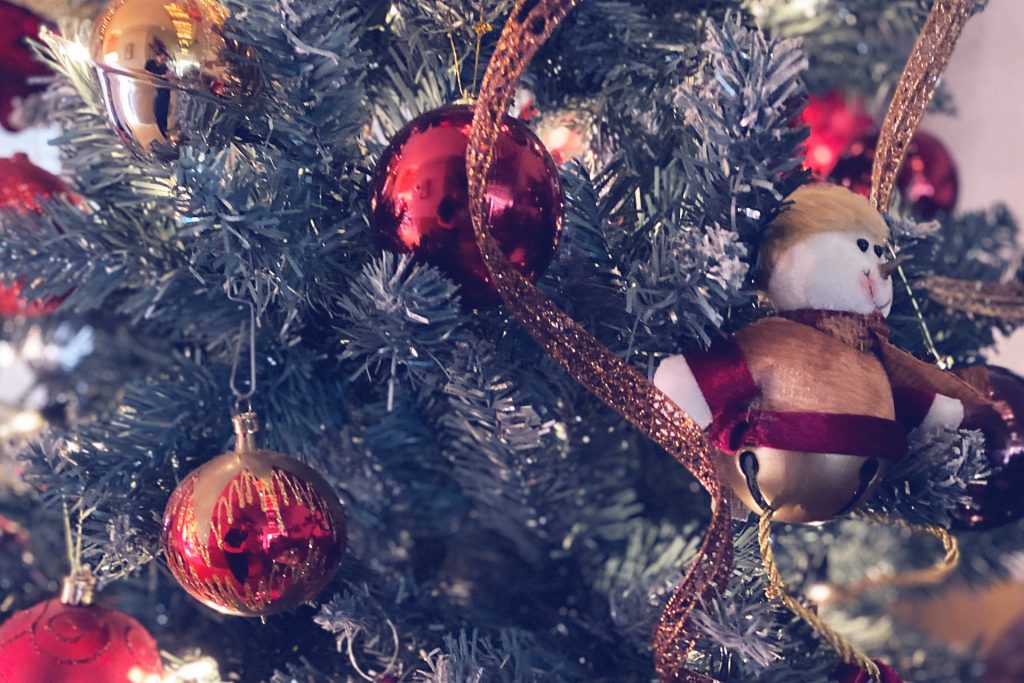 The heartfelt sounds of Christmas

Covid-19 is going to make this Christmas a strange one. Families won’t be able to meet and celebrate together, or, at least, not like they always have. In Poland, we traditionally break wafer bread with each other before our Christmas Eve dinner: each family member breaks a small piece of wafer, accompanied by impromptu personal wishes, followed by an ‘awkward brush hug’, a slightly weepy bear hug, or a ‘relieved that we all made it through the year’ hug. But this year, there won’t be many hugs or much breaking of bread.

When I think about it, I feel a strong sense of loss, of lost time, of regret. And regret, sadness, sorrow for the year we’ve had is a powerful feeling. I console myself; more powerful than regret is memory. And so, I thought I’d share mine, about the feelings, sounds, smells, and flavours of Christmas with my family in Poland; but mostly the sounds, the carols that will be the background to the memories I will have with me this year.

My family Christmas is usually quite an intimate gathering. We’re far from a large clan: though distant relatives are settled anywhere from Canada to Norway and Australia, those of us that gather for a Christmas Eve dinner each year number eight or nine. And that’s counting three generations of Stawiski/a, [redacted] and [redacted]. The meal has become ever more intimate in recent years, as the number we remember in toasts multiplies and the number we see at the table dwindles.

A Polish Christmas Eve dinner traditionally consists of thirteen dishes, one for every month of the coming year and one for luck. As it’s still technically the Advent fast until midnight, the only meat is fish. More specifically, carp, a rather fatty and incredibly bony pond-dwelling fish that I wouldn’t touch any other day of the year, but that tastes just right at Christmas. We never quite get thirteen dishes, but we try, cheating by counting; we list all the drinks and sides.

But my favourite moment of the evening comes after a couple of hours, when the dinner is finished and the booze gets opened. Presents at Christmas aren’t big in Poland: children get their pricier gifts on St. Nicholas’s Day (6th December). The angel/ star-man/ baby Jesus (depending on region) that buys presents for under the tree tends to bring “small gifts” for the now all-adult gathering. It’s usually wine, flavoured vodka, mead and, more recently, craft and microbrewery beer, the most hipsterfied of drinks that has taken over the country in the past few years.

You get tipsy. Sweet alcohols like mead make for a terrible morning after. But that evening, full from dinner, sleepily, snoozily, soporifically, somnambulically, we drink and talk, and chat, and exchange stories of the past year. And the background to that hearty, heartfelt chat is carols, Polish Christmas carols which are infinitely superior, at least at that point in time, to any other music in the world.

So, with that in mind, I thought I’d share the sound of my memories with you. It’s a weird Christmas. I can offer you, at least, the sounds of a normal one back home.

BMS builds out US marine operations with trio of senior hires