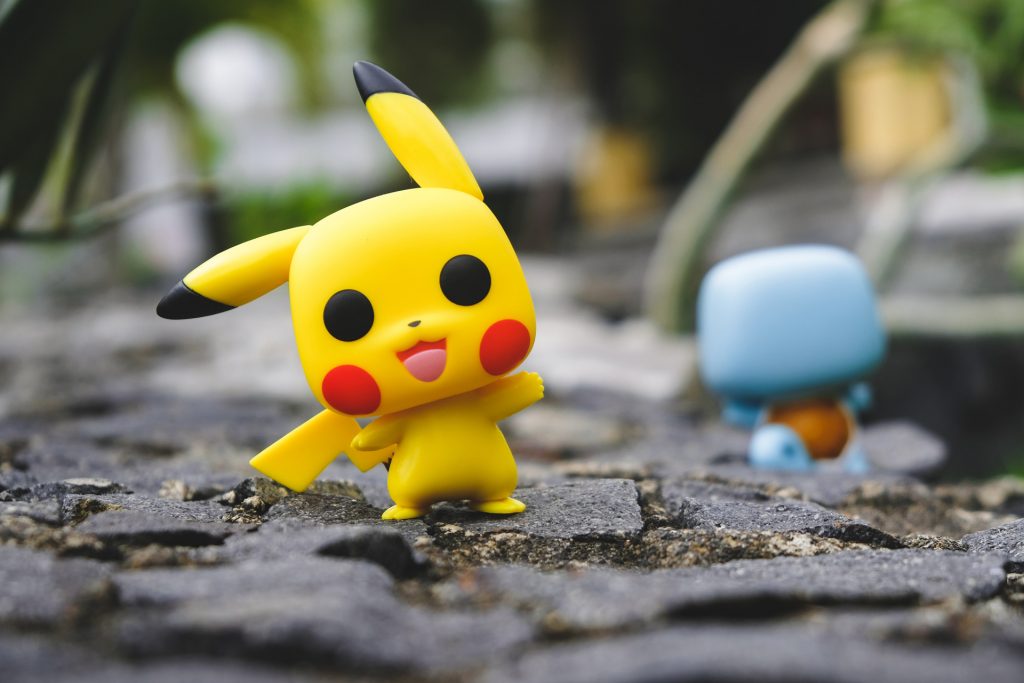 How do you feel about Pokemon?  If you’re British, that probably depends on your age.

But how would you feel if your credit card was covered in images of Pikachu?  Or if the high speed train you were about to board was plastered with pictures of Hello Kitty – inside and out? Or the aeroplane taking you on your business trip was branded with Miffy? Do you think the Post Office needs a cute and smiley anthropomorphic post box as a mascot?

In Japan, that is all quite usual.  ‘Yuru kyara’ (promotional characters) are all over the country, promoting businesses, regions, events and companies.  Organisations far more wide-ranging than toy makers and theme parks have cuddly mascots, and even banks regularly offer soft toys as encouragement to open accounts.

In some cases, well-known characters from manga comics or animated series (like Pikachu) are used, while at other times, new characters are created as differentiators, to convey the personality of a business or to represent a geographical area.  Kumamon, a black bear with red cheeks representing Kumamoto prefecture in the south, is a particularly well known example. Meanwhile, Tokyo train passes have a cheery penguin on them and Sumitomo Mitsui’s VISA card branded with Pikachu was a huge hit a few years ago.  Even some police forces have a chirpy cartoon as their public face.

Perhaps it is because cartoon characters are so ubiquitous in daily life that it makes it more acceptable to use them in what westerners might see as ‘serious’ or ‘grown up’ areas like politics or earthquake evacuation instruction leaflets.  Japan’s former prime minister Junichiro Koizumi, who called himself ‘Lion Heart’, adopted a cartoon lion as his mascot. Can you imagine Theresa May, Emmanuel Macron or Angela Merkel adopting a cute animal version of themselves?  (I’ll gloss over Trump and Johnson here …)

This ‘kawaii’かわいい (cute) aspect of Japanese culture is one of the most visible differences in the way that marketing and the transmission of information tend to happen compared to the UK. As a broad generalisation I would say that pictures and imagery are far more important there.

This of course impacts how you market in different countries, how you present and how you communicate.  I’m not writing a blog here about how you sell in 47 different cultures but differences in marketing, PR and communications abound and it’s worth bearing in mind that sometimes you may need to adapt your approach.

Large multinationals with strong branding who have none the less understood that they need to adapt their approach overseas are usually more successful than others who are less flexible. Starbucks, for example, opened a special branch in Japan’s historic capital Kyoto located in an old house including traditional tatami mat seating.  This canny move allowed the company to demonstrate some cultural sensitivity, while at the same time drawing in curious customers.  The firm also produces unique merchandise adapted to different geographies, which is hugely popular.

At the other end of the scale, when giving a business presentation it’s worthwhile considering who makes up your audience. An ideal power point slide for a Brit might be a few key bullet points in large font which a speaker can then use as reference points to talk around.  Conversely, the Japanese tend to include as much detail as possible on their slides – information overload and instant eye strain to many Brits!

This particular example is probably due to a different approach to the purpose of meetings:  in Japan one often gives as much information as possible in advance, so that meeting attendees have read everything and will already know what they think.  Conversely, an Anglo Saxon might see the meeting as a chance to kick off discussions with some bullet points followed by an exchange of ideas.  How do you blend these two into a successful meeting of minds?

There’s no easy answer. But starting from a position of acknowledging that there may occasionally be crossed wires, and being willing to work to understand and unravel those, can go a long way.  Listening to expert advice from those who know a market or geography better than you is also usually time well spent.

Needless to say, a short blog like this article deals in generalities and there are exceptions to every rule.  I’d love to hear your views.