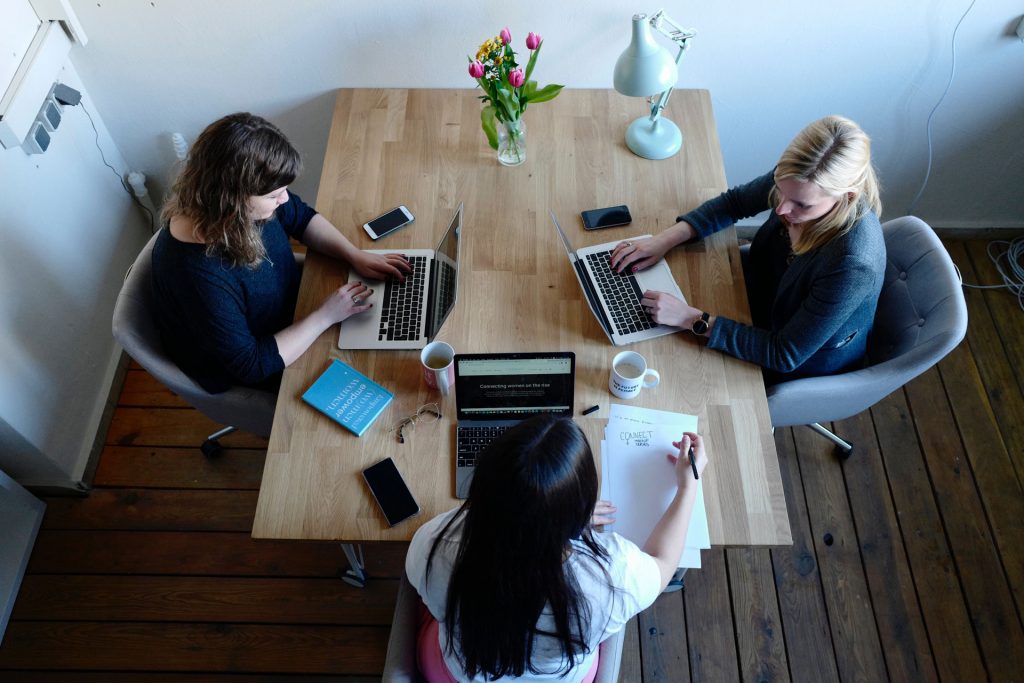 PR is an industry that has long been associated with women. Studies conducted as far back as 20 years ago identified a significant gender disparity throughout the industry. This is one of the few gender imbalances where women come out on top. The PR and Communications 2018 Census unearthed that the sector’s 86,000-strong workforce is now almost 70% female.

Sadly, this apparent tilt towards equality isn’t upheld across all areas of the sector. Despite women making up the majority of the PR workforce, managerial roles in the industry remain overwhelmingly male-occupied, with the infamous pay-gap as prevalent as ever (the gender pay-gap in PR has increased to 21%, 2.6% higher than the national pay-gap).

You don’t have to be a strident feminist to admit that this imbalance simply doesn’t make sense. How is it that PR is a female-dominated field, yet men occupy most of the leadership roles and collectively earn more? What better time to ponder this puzzle than International Women’s Day…

International Women’s Day is a global celebration of the social, economic, cultural and political achievements of women, which marks a call to action for accelerating gender equality. 2019’s campaign theme is #BalanceforBetter, which seeks to highlight that professional balance is not a women’s issue, it’s a business issue.

To celebrate International Women’s Day, and as part of our CSR initiative to “invest in communicators of the future”, I spoke to inspirational women in the industry to learn about their experiences in PR, what advice they’d give women hoping to enter the field and whether they feel their gender has been a help or hindrance in their advancement through the industry.

Alexandra Podd is the founder of Number Nine Communications, an integrated PR agency based in Kent. Having gained experience in the hectic sectors of fashion and beauty PR, Alex noticed a gap in the market for representing local, up-and-coming creatives, and established her own agency to remedy this shortage.

“I’ve always been interested in communication and spreading a brand’s message to its customers,” explained Alex. “I was attracted to PR as it looked like a great way for smaller brands to be heard. PR is not dependent on huge budgets but creating real relationships with real people.” When asked about whether she had encountered any adversity based on her gender, Alex said: “Not in the slightest. If anything, I’ve experienced the complete opposite. In fact, I have worked in PR for seven years and only ever worked with one man!” Alex’s advice to women and girls hoping to break into the PR industry would be to get plenty of experience before taking on their first job. “Understanding what PR is and whether it truly suits you is extremely important. Looks can be deceiving! It’s not all events, champagne and celebrities.”

It’s great that Alex feels she hasn’t experienced any professional hardship based on her gender. Sub-sections of PR like fashion and beauty are notoriously female-dominated and, therefore, female professionals are arguably less likely to experience outright or even covert sexism. Can the same be said for male-dominated sectors, like financial services where the pay-gap lingers on like a bad smell?

Apparently, in some cases, it can, depending on the way you look at things. “I started my career at a company that was co-founded by a woman and had a female-majority board, so I never felt my gender was an issue,” said Valentina Kristensen, director of Growth & Communications at OakNorth. “If anything, seeing those women in senior positions gave me the confidence to believe I could make it there one day too.” Valentina flips the notion of female inferiority on its head, instead choosing to view her gender as an advantage. “Both financial services and technology are male-dominated sectors. Being a millennial woman, I’ve taken advantage of every opportunity that presented itself, and this has definitely helped open doors for me.”

When asked about whether the PR landscape is changing for women, Valentina said: “I don’t think the change is unique to PR, I think things are changing for women in business as a whole. A combination of the #MeToo movement, Gender Pay Gap Reporting and a more open, transparent culture means that more women are finally having the courage and confidence to lean in, step up, ask for a seat at the table, negotiate a pay rise and go for that promotion.” How did Valentina get where she is today? “Take every opportunity to learn and meet new people: network like crazy! I found out about one job opening at a free event; if I hadn’t attended, I would never have known about the opening. Also, don’t be afraid to take chances – I secured my current role because I had the confidence to ask for it. I emailed the founders asking to meet with them and two days later gave them my elevator pitch. Granted, it was a ballsy move but, fortunately, it paid off!”

Haggie Partners’ very own director, Becky Young, also choses to view her gender as an opportunity, rather than a limitation. “While PR is a female-dominated industry, financial services certainly isn’t. There have been many occasions where I am the only woman in a meeting, but I take that as an opportunity. Recently, there has been more of a focus on supporting women in the workplace, and it’s empowering to see the industry changing and working hard to not only attract and retain female talent but to build a more diverse workforce in general. The benefits of professional diversity have been proven time and time again, and now the conversation needs to go beyond women and incorporate BAME and LGBTQ+ diversity.”

What advice would Becky give to women hoping to enter the industry? “Do your research. For me, this is the most important thing anyone can do. Research companies you want to work for, the people who work there and the clients they look after. Are they clients you’d be interested in working on? Why? What are the concerns affecting those companies from a reputational perspective? Use your initiative and be proactive. If you want to work in this industry, it should show. Contact people to find out what is involved in their role. Ask to meet with them to discuss this and don’t be afraid of asking for advice or work experience opportunities – the worst someone can do is say no and you’ve not lost anything”.

International Women’s Day is the ideal time to reflect on the achievements of women and learn from those who inspire us. We’ve a long way to go before true gender equality is reached, and the need for intersectional feminism is profound, but the women featured in this piece prove that, professionally, progress is being made. Workplaces are becoming more diverse and women continue to accomplish incredible things, all the while obliterating that glass ceiling.

Happy International Women’s Day from all of us at Haggie Partners.

High fashion and the growing need for reputation protection