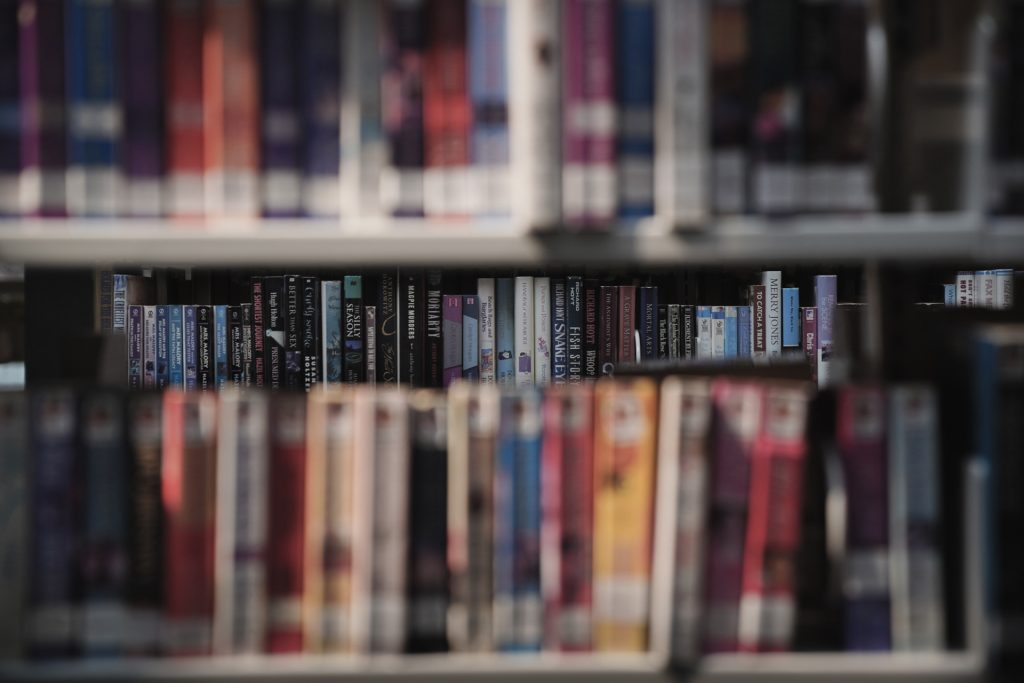 How have your pandemic lockdown resolutions been going?

Did you decide to learn a new language? Take up knitting? Lose a stone? If you’re anything like me, you will have achieved none of these – in fact I’ve probably lost some linguistic ability and gained a stone but I’m not brave enough to get on the scales to tell you definitively.

One of the things that I have missed by not going to the office is reading time – in stopping commuting I have certainly gained some sleeping time but lost a slot where I had the chance to do nothing but read.

A few months down the line and I decided to get back to reading for enjoyment and doing my bit for bookshop profits. After a day of looking almost constantly at a screen, it is a refreshing change to sit down with a book and get lost in something completely different, so I thought I would share the joy.

Based on my book club selection and tips from my colleagues that have come flooding in, I offer you some recommendations below. There are more than I expected but the wonderful thing is that they are very varied – I hope you find one here to lift your spirits, challenge you or take you away into another world.

To keep things balanced, I should add that a quick and unscientific straw poll brought up The Great Gatsby (“boring”), Robinson Crusoe (“too many lists”) and Emma (“awful girl”) as highly overrated books to be avoided at all costs. And may I add anything by Thomas Hardy to that list 😉 We welcome your views!

Scoop by Evelyn Waugh
Selected by the Modern Library as one of the 100 best novels of the century, Scoop is a “thoroughly enjoyable, uproariously funny” (New York Times) satire of the journalism business and foreign correspondents that will never truly be out of date.

On the road to Babadag by Andrzej Stasiuk
Essentially a narrative of the author’s travels in the Balkans, most notably Romania, this comes from the Polish school of literacy reportage. In 2005, it won the Nike Award, one of the most prestigious awards for Polish literature. Stasiuk is one of the most successful and internationally acclaimed contemporary Polish writers, journalists and literary critics.

Whoops! Why everyone owes everyone and no one can pay by John Lanchester
An excellent book about the financial crisis. Jonathan Coe called it “Endlessly witty, but the wit is underpinned by a tremendous, unembarrassed anger and moral lucidity. A superb guide which will turn any reader into an expert within the space of 200 pages”.

Girl, Woman, Other, by Bernardine Evaristo
“I know everyone and anyone has recommended it but this is exceptional.” (Colleague).  “Fascinating but I wish she would use capital letters properly.” (Old fogey – me).

I’m thinking of ending things by Iain Reid
Our Haggie reviewer says, “This is a chillin’ read.  Very well written too!  If you like scary, this is the one for you.”  Blackwell’s says, “Iain Reid’s intense, suspenseful debut novel will have readers’ nerves jangling.”

Wild Swans by Jung Chang
“An oldie but a goodie.” Through the story of three generations of women in her own family the grandmother given to the warlord as a concubine, the Communist mother and the daughter herself Jung Chang reveals the epic history of China’s twentieth century.

Kim Jiyoung, Born 1982 by Cho Nam Joo
Set in South Korea, this book address issues that echo across the world. The life story of one young woman born at the end of the twentieth century raises questions about endemic misogyny and institutional oppression that are relevant to us all. Our Haggie reviewer says, “super interesting and a good read”.

How to Fail by Elizabeth Day
“My go to recommendation. Love her, love her book and love her podcast. Everyone should read it.” Inspired by her popular podcast, this is Elizabeth Day’s funny, honest and insightful celebration of things going wrong.

The Binding by Bridget Collins
A book that I was excited to start reading as it seemed full of promise. It is set in a world where books are rare things, containing only the secret memories of people who have given them away to a book binder in order to get rid of them and forget. But it’s hard to take this intriguing premise very far and although the rest of the story has drawn many readers into its magical love story, I was ultimately a little disappointed.

The Spy and the Traitor by Ben Macintyre
The greatest espionage story of the Cold War. “Anything by this guy is great – reads like fiction but is all non-fiction.”

Cairo Trilogy by Naguib Mahfouz
A great family saga set in colonial Egypt. Naguib Mahfouz is an Egyptian novelist and Nobel Prize winner, and this is regarded as one of the prime works of his literary career. As with all ‘epic trilogies’ patience and commitment is required.

The Salt Path by Raynor Winn
Without a home, and facing terminal illness, Winn and her husband decided to walk the South West Coast Path. This is her easy to read and surprisingly uplifting Costa-nominated memoir.

The Shepherd’s Life by James Rebanks
The surprise hit of 2015, this is an autobiographical book by a sheep farmer from Cumbria. Rebanks describes the traditional way of life of shepherds on the Cumbrian fells and vales, and his determination to continue to farm where generations of his forebears had done. “Brilliant.”

The Most Dangerous Place on Earth by Lindsey Lee Johnson
Privileged San Francisco teenagers deal with high school life and all its (often nasty) complexities.

Istanbul: Memories and the City by Orhan Pamuk
What better guide to a city than the memoirs of a Nobel Prize-winning author? A largely autobiographical work that also includes essays on other writers and artists connected to Istanbul. As well as the personal, Pamuk examines the changes that Turkey has seen and the tension between the present day and history.

The Second Sleep by Robert Harris
A priest investigates a vicar’s untimely death in a future Britain where reason is banished by dogma. “Very today”

This is Going to Hurt: Secret Diaries of a Junior Doctor, by Adam Kay
An almost unanimous recommendation from the team, this is a collection of diary entries written by Kay during his medical training and career.  Not one to read on the train so perfect perhaps if you’re not currently commuting: you will laugh out loud and cross your legs and groan at some of the medical descriptions. You will also gain some powerful insights into life in the NHS.

The Harry Potter books – yes, all of them!
Reading these aloud to my children as they discover Harry Potter for the first time has reminded me of the depth of detail in the world created by JK Rowling, the wonderful humorous moments that sadly were often missing from the films, and the sheer joy of imagining attending a boarding school where all your favourite foods simply appear on golden plates under a bewitched sky.