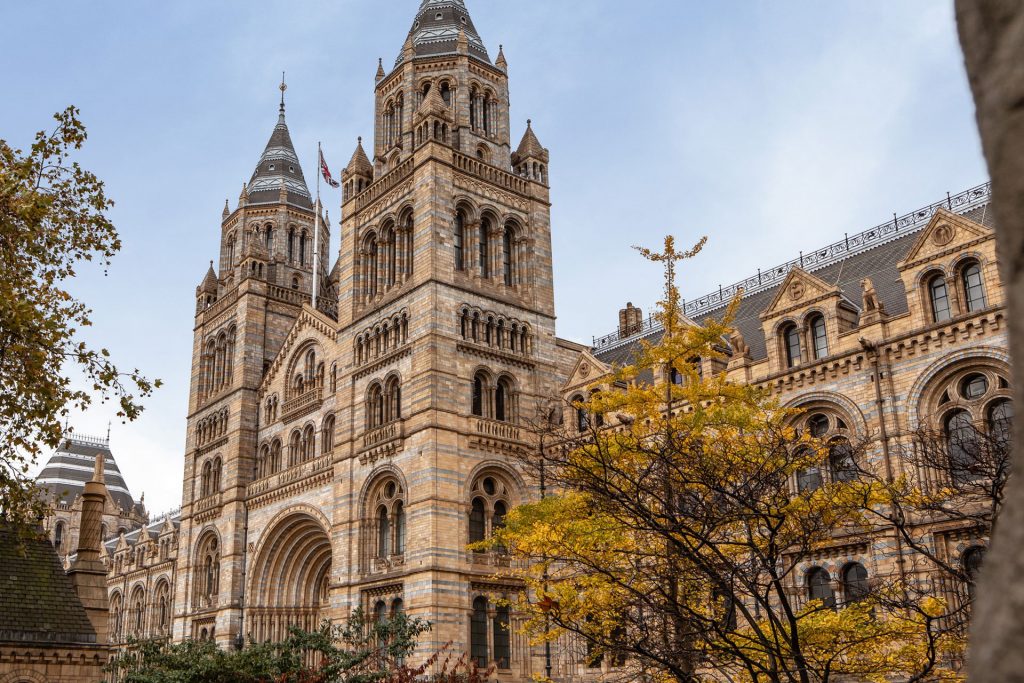 While studying into the night in an empty UCL library, I often pondered that while I felt lonely I was never really alone. This was because I was ever conscious that the skeleton of Jeremy Bentham was sitting in a case just below the library, probably judging me and my procrastination.

Bentham was what I think many would class as a ‘character’. A social reformer and a staunch atheist, Bentham spent his life criticising the laws and advocating for universal suffrage and the decriminalisation of homosexuality. His forward thinking heavily contributed to the foundation of UCL, the first educational institution in England to welcome students of any race, class or religion and admit women to study on equal footing to men.

He also believed in being useful, before and after death. Bentham encouraged the donation of bodies for scientific study and opposed the tradition of Christian burial. After all, what use are you to anyone if you’re buried? Being so sure that the after-life was not a concern, he left instructions that upon his death he was to be preserved and put on display.

And so, in 1832, Bentham’s skeleton was preserved and encased in wax, his head mummified, and in 1850, put on display in the halls of UCL. Bentham even planned his positioning in the case, as is evident in his will:

‘The Skeleton… will cause to be put together in such a manner as that the whole figure may be seated in a chair usually occupied by me when living, in the attitude in which I am sitting when engaged in thought in the course of time employed in writing.’

(And I can barely plan into next week.) 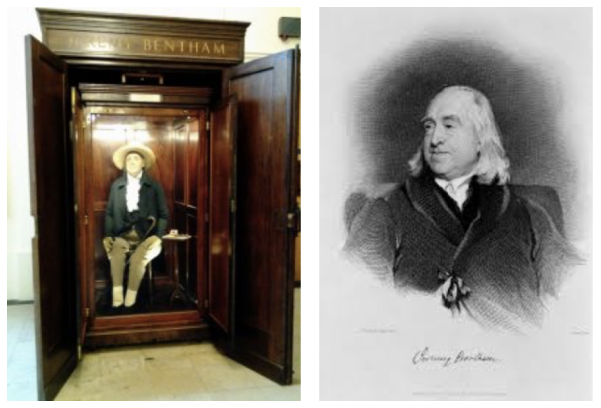 His head did once have pride of place between his feet, but a few adventurous students from King’s College London stole it in 1975 and held it for ransom. UCL paid £10 to retrieve it, a little less than the demanded £100, and the money was donated to the charity Shelter. University antics – ever creative. The head is now kept under lock and key in the Institute of Archaeology.

Bentham is still rather active, and useful, in his old age. For example, in 2017 his DNA was tested by the Natural History Museum, who wanted to discover whether he was on the autistic spectrum. His head was recently on display in an exhibition exploring what it means to be human and what the scientific interrogation of our dead bodies tell us about how we think about ourselves. He was displayed alongside the donated head of Egyptologist Flinders Petrie, a fellow UCL professor. I wonder if they had a tête-à-tête (sorry).

My favourite post-mortem activity of Bentham’s must be when, in 2013, he was wheeled into a UCL council meeting. The minutes of the meeting state that he was ‘present but not voting’.

Run your way to success in the workplace