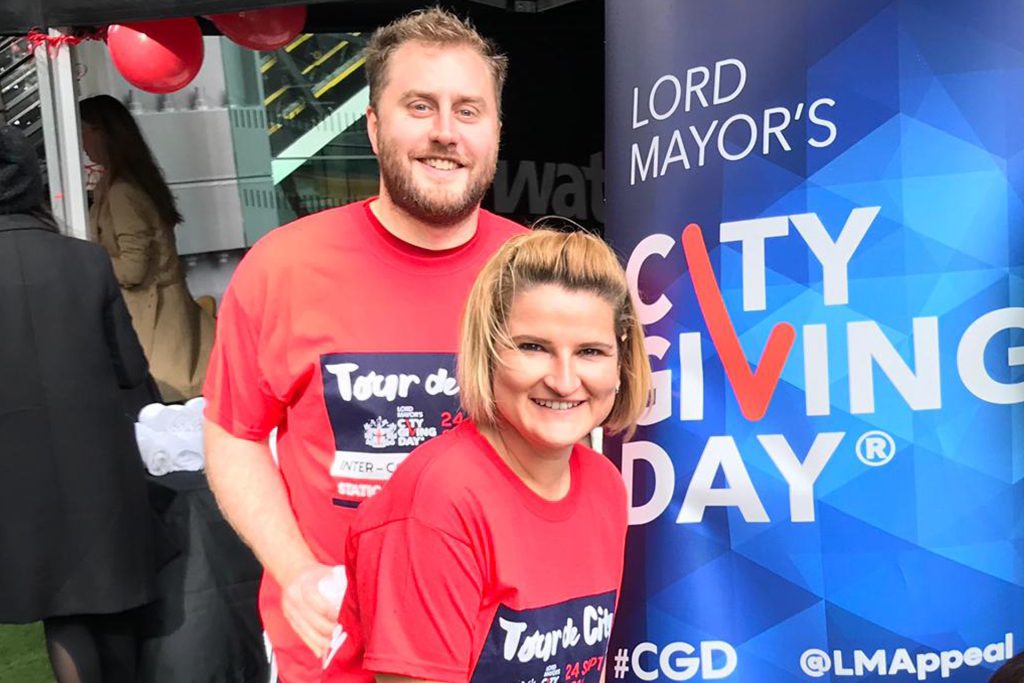 On Tuesday 27th September, City Giving Day hits the City of London in a blur of scarlet.  Across social media and the actual City, workers clad in red t-shirts will be doing their bit.  But for what?

As the organisers put it, “City Giving Day is a simple but impactful initiative that enables City companies and employees to celebrate and showcase their philanthropic and volunteering achievements and encourage others to get involved.”

It is part of the Lord Mayor’s Appeal, which each year aims to deliver transformational impact to the City and beyond, through its strategic pillars: Inclusive, Healthy, Skilled and Fair. This year the Appeal is supporting five partners: National Numeracy, Place2Be, Onside, Samaritans and DofE.

At Haggie Partners, we see the day as a great opportunity to easily get involved in raising money for some fantastic causes, as well as to have brilliant fun and hang out with – and make fools of ourselves with – our colleagues.

Who can forget the Great Wet Treasure Hunt of 2019 – second only to Noah’s flood in terms of water pouring from the sky per second – that led to five members of the HP team ramming themselves into a phone box for shelter?

Or a succession of white faced and queasy looking senior team members throwing themselves off various buildings in a nervy embrace of abseiling?

Or various colleagues turning ever more red in the face as they take on the Tour de City static Wattbike challenge, competing against other teams in a thrilling 40-minute race under the Leadenhall Building?

Whatever we have done, it has produced great memories and even better results for the organisations that City Giving Day supports. Haggie Partners will be joining in with cycling, walking and quizzing this year, and I definitely encourage you to get involved.  But check the weather forecast before that Treasure Hunt!