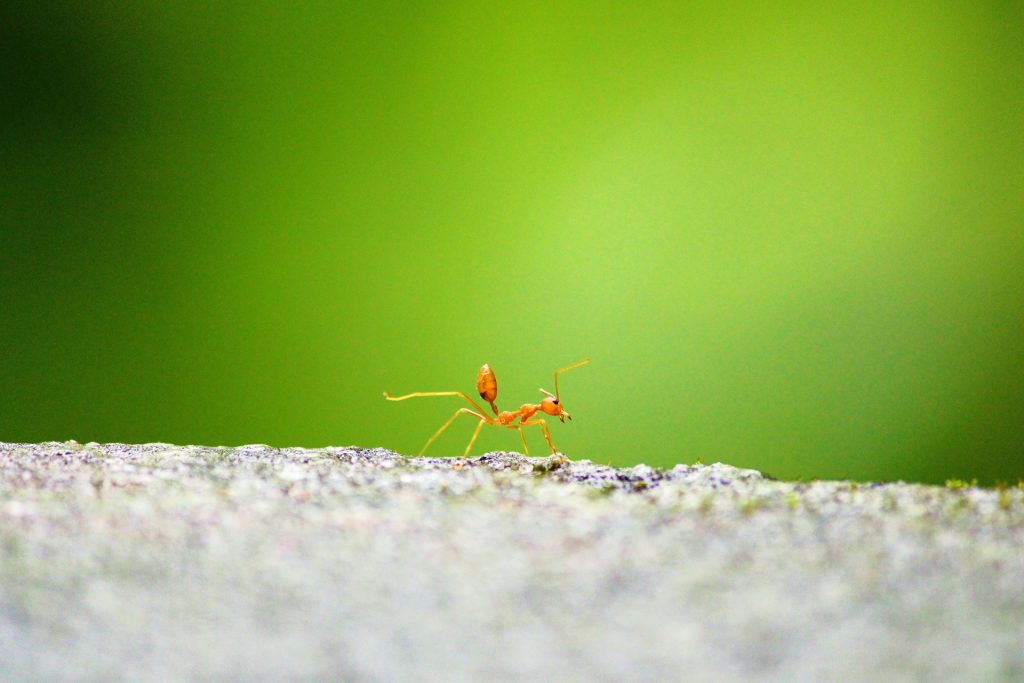 Ants and the importance of collaboration

The humble ant, of the order Hymenoptera, are insectoid, six-legged creatures with black or orange exoskeletons. You may have heard of them.

That’s a lot of ants.

Far more impressive than their sheer numbers though, is what they can achieve through co-operation and teamwork.

Other than humans, ants, (and their Hymenopteran brethren such as wasps and bees), build the most impressive and complex structures on earth; vast underground labyrinths, building-sized nests, created grain by grain from the ground up or hives high in the trees made of bark shreds and larval silk. They tend to livestock in the form of nectar producing grubs, can cross vast streams of water, wage wars against enemy colonies, bring down prey many hundreds of times their size and weight, and have societies numbering in the tens of millions.

How? How can a creature without a developed brain do such a thing?

Because ants work for something higher than their individual importance: the collective good.

Ants’ reasons for doing this are, admittedly, less inspiring than their achievements. Ants have a biological quirk called “arrhenotoky.” Arrhenotoky is a complicated phenomenon that occurs in nature, that would require more than a blog’s worth of information to summarise, but in essence, worker and soldier ants protect their queen due to the fact that they are all semi-clones of her, and more importantly of each other. They fundamentally see each other as the same – viewing the good of one, as the good of the self and the good of all.

While this is creepy, and a little hive-minded, sounding like something out of “They Live” or “The World’s End,” I do believe there is an important lesson to be learned from ants about strategy and teamwork.

I believe if we set aside our pride and our desire to know “how does this benefit me?” we humans can achieve incredible things. When the pandemic hit in 2020, collectively, through the efforts of hardworking essential workers, the best and brightest scientists worldwide, and even our own sacrifices of staying indoors and not seeing family, we brought Covid to its knees. This took only small sacrifices, so just imagine what we can do if we put 100% of everyone’s efforts towards common goals.

Much like an ant, an individual person is pretty useless – no fangs or armour to protect against predators. We need each other. It was teamwork, between scientists, engineers, programmers and factory workers that built the computer you are reading this blog on. Teamwork that constructed every city, every country and every person ever born.

The human race is not born isolated. We need each other. To forget this would be incredibly self-destructive. So perhaps it’s time to learn something from the humble little creatures who do incredible things.

Hampden Agencies looks to the future with CEO and chair succession