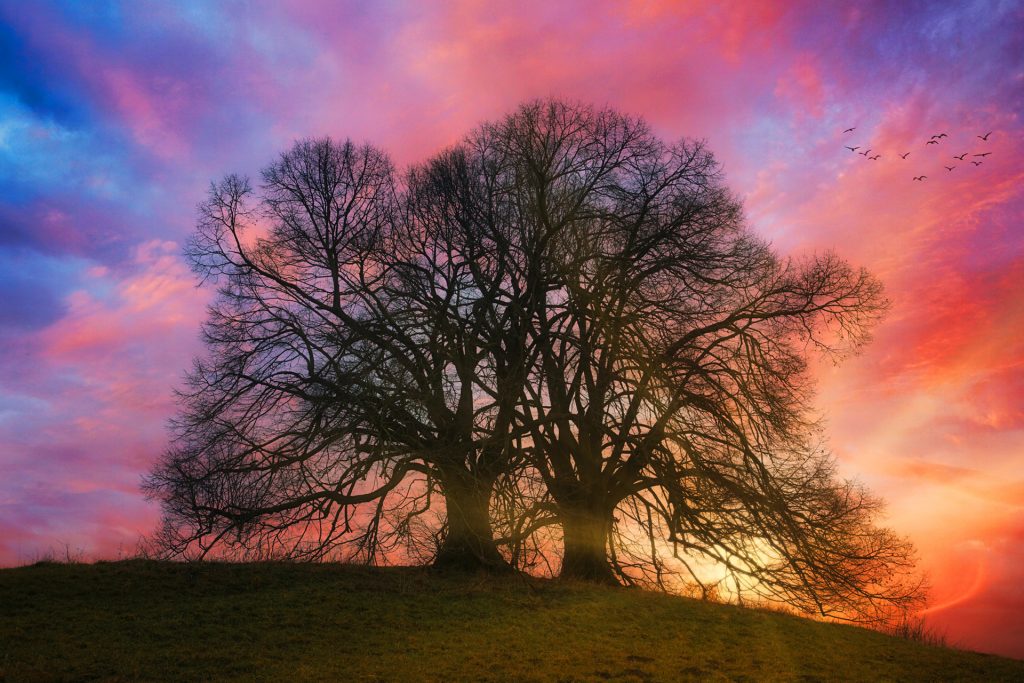 An ode to an oak

“A society grows great when old men plant trees whose shade they know they shall never sit in.”

I trust it’s not too hyperbolic for me to state that everyone loves trees. They’re pretty special. A tree provides respite from overwhelming heat and, a more common sight in England, shelter from sustained downpours. Who doesn’t love strolling down a tree-lined avenue that provides a break from a city’s usual plethora of concrete?

On the 2nd November 2021, as part of COP26, more than 100 world leaders reaffirmed their respective commitments to our forests, committing to “halt and reverse forest loss and land degradation by 2030 while delivering sustainable development and promoting an inclusive rural transformation.” It’s a positive step, and one hopes that these commitments are not left to slip as has happened previously.

A number of studies have been devoted to the benefits that trees provide. Outside of the obvious, trees support cognitive development and improve student performance by reducing stress levels and increasing engagement. They also help people become more attached to their communities and areas with trees are shown to have lower crime rates. As our climate changes, and the average temperatures increase, the presence of trees and other plants helps to mitigate the intense heat of concrete cities, as well as reducing flood risk.

Offsetting is a hot topic right now, with many eager to add their voice to the growing chorus (including me I suppose…). As part of this, the conversation about nature-based solutions to climate change is a complex one. While the measuring and reporting on the impact of reforestation, afforestation and protection of existing forests is improving in accuracy, the area is somewhat muddied by preconceptions and lack of tangible evidence. It’s a tough problem to tackle: on the one hand trees are fantastic, on the other do forestry offset projects really tackle climate change? The answer is yes, and well, also no. Perhaps the best response is, “it depends”. I fear I will upset everyone with an on the fence approach so let’s dive into it more deeply.

REDD+ (Reducing Emissions from Deforestation and Degradation) projects are particularly controversial. REDD+ is a mechanism developed by Parties to the United Nations Framework Convention on Climate Change (UNFCCC). According to their site, “REDD+ is a climate change mitigation solution [that] incentivises developing countries to keep their forests standing by offering results-based payments for actions to reduce or remove forest carbon emissions.” Herein lies the problem: while you may protect one area of land from deforestation or carbon-intensive land use, what’s stopping interested parties moving elsewhere?

That’s not to say that REDD+ projects are not important, quite the contrary. The conservation of our forests is extremely important.

For some communities, trees are quite literally a matter of life or death. These communities rely on the cutting down of trees for survival and have for many years. The demand for said trees comes (mostly) from elsewhere. Demand begets supply. Issues arise when the overwhelming demand for deforestation clashes with the natural environment. Nations, both developing and developed, are struggling with this. Once a tree has been uprooted it takes years, sometimes decades, to re-establish itself. Roots run deep, as they say. Roots not only benefit the tree but stabilise the ground itself – they provide a natural foundation.

What does this mean? Removal of certain indigenous trees results in more extreme flooding events and increases risk of landslides. Developing countries are by and large the most impacted by the effects of climate change.

Tree planting initiatives are rather popular, but they too come with some controversy. Planting of non-native trees can be fraught with unforeseen externalities. In addition, tree planting is not the only way to restore lost forests. For example, natural regeneration is an efficient and cost-effective way of reforestation that can help increase biodiversity, as the forest develops naturally. However, the result is less certain than planting saplings.

While there are many considerations to be made before jumping headfirst into tree planting, it’s still a broadly positive and engaging way to promote biodiversity, with the added benefit of carbon sequestration. Also, they look beautiful.

There are many ways to get involved. For instance, the ‘Queen’s Green Canopy’ initiative, wherein every UK citizen has been invited to plant a tree in October 2022 for the Queen’s Platinum Jubilee. If part of a school or community group, you’re eligible for free trees to plant! If not, you can buy decently-priced saplings via the Woodland Trust’s website – how delightful. My grandfather was rather partial to a pickled walnut, so I intend to plant a walnut tree in his honour.