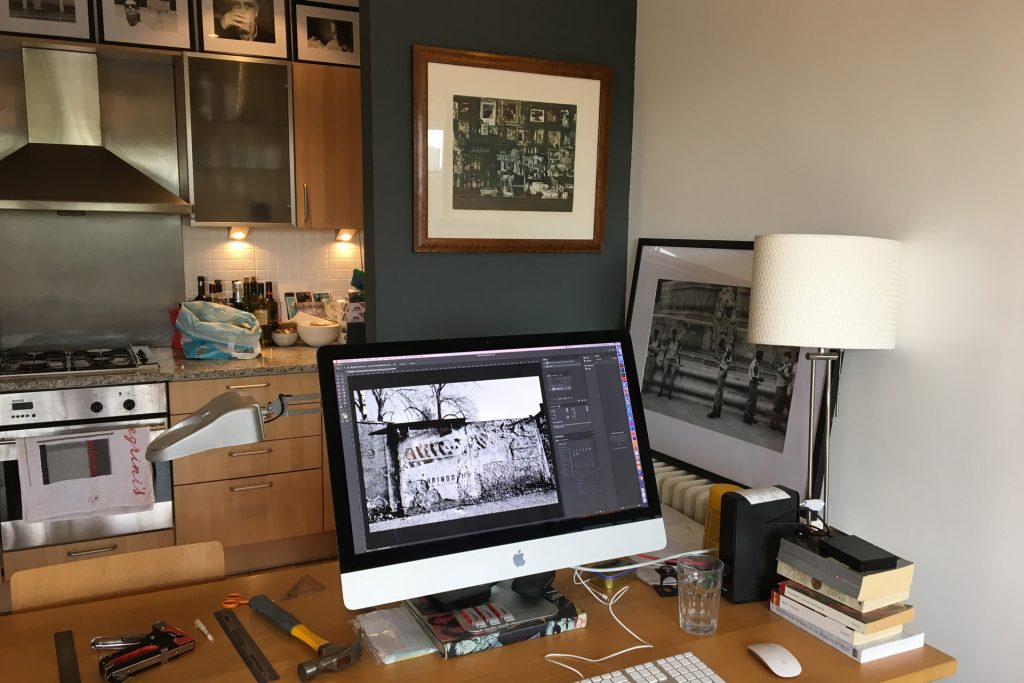 A View from Retroland – Fish Pie Every Fourth Day

I was ludicrously ill-equipped for life under lockdown. I have long laboured under the weight of two principal anxieties (I’m sure there are several more minor ones). The first is a close cousin to claustrophobia. It’s not small spaces I dread. What I don’t like are places I can’t easily leave should I choose to do so. I’ve not flown for 30 years nor been down the tube for 20. And I don’t much like lifts. I think I might have mentioned this before. The second is a form of mild hypochondria. I’m not round the doctor’s every day, nor do I feel constantly at death’s door, but a twinge often feels like a portend of doom.

You’ve probably anticipated my dilemma. When told to stay at home, my first anxiety tells me that’s the last thing I want to do. When told I can go out to exercise, my second anxiety tells me I’m almost certain to collide with somebody coughing-up a potentially lethal miasma. One anxiety screams “stay in”, the other screams “get out”.

What’s more, I had no idea what a creature of habit I had become. My simple pleasures – sitting outside Cheese in Leadenhall Market watching our world go by, enjoying a glass or two at the French and then lunch at Quo Vadis or Bocca di Lupo, wandering about town popping into galleries, escaping to the Suffolk coast whenever I felt the need to unwind – had ossified into necessities. What a smug, self-indulgent life I led.

Though aware I’m pretty lucky and a lot better off than millions, it was still a mighty shock when these pleasures were suddenly whipped away. During the first days of lockdown, I was directed to a mindfulness website which advised me to make sure I did something I enjoyed every day. Sound advice. But everything I had enjoyed was now inaccessible. Bugger.

Now, 55 days in, I’m amazed at what I’ve grown accustomed to. We exercise for half an hour every morning with broom handles and door frames – luckily no witnesses – then we go for a walk before the streets get too busy, often down to an almost deserted City. There are fewer joggers in the City. Then back to a combination of work (yes, there are still some thought-provoking design projects on the go, though we could handle more if you’re looking for help), toying with an historical novel I’d intended as a retirement project (don’t worry, it’ll never see the light of day) and scanning and restoring my old photography archive, something I’ve been meaning to do for a decade or more (do worry, Gavin is building me an online gallery). Sneak preview here, snapped at Henley Regatta in the early 1980s. Was the chap in the boater suffering from hay fever or the chap in the cap from flatulence?

Talking of joggers, avoiding them has become one of our primary activities. Long before the lockdown I had a theory that vigorous exercise, whilst undoubtedly good for the body from the neck down, seemed to paralyse everything from the neck up. What else could explain joggers’ unwavering indifference to all around them? I had thought this fanciful speculation but have recently witnessed bags of evidence to confirm my theory. To a jogger, any pedestrian is simply insignificant – and by pedestrian, I mean one who walks, not one who is tedious or who lacks excitement, though I expect that’s exactly how joggers view us – and unworthy even of their Nietzschean distain. Or are they just so set on their own athletic progress that their hard-pressed minds cannot process additional navigational information?

Last week we saw a prime example. Walking back from the City up an almost traffic free street, we spotted the approach of a mother and small child, and then a jogger not far behind, rapidly catching up. Not wanting to disturb the mother and guessing the jogger would take no avoidance measures, we crossed to the opposite pavement.

Predictably, the jogger, showing not a jot of concern for the wellbeing of mother and child, ran right past them. Then, once any potentially lethal miasma had been spewed over the unfortunate pedestrians, she suddenly executed an exaggerated arc into the middle of the road, thereby avoiding a now empty pavement. It was as if, deep in her brain, a signal had been dispatched, telling her body to “do the right thing” but her synapses, withered by excessive exercise, took so long to relay the instruction that the crisis moment had passed before her supple limbs could react. Extraordinary. But I can think of no other explanation.

If you too are battling to avoid joggers, a word of advice. The younger and more beautiful they are, the less likely they are to be aware of your presence so take appropriate precautions.

Another feature of our daily walk is the proliferation of NHS supporting, children’s rainbow paintings. I know I’m a dreadful old cynic, but I can’t help thinking that they and Thursday evening’s weekly applause, though excellent for our own wellbeing, are of little real support to NHS workers. I suspect they’d prefer the support of proper funding and protective clothing. To a hard-pressed nurse or doctor, the much trumpeted £350 million a week Brexit bonus must seem as elusive as the pot of gold at the end of those rainbows.

Maybe funding will improve now the upper echelons have realised they may suddenly find themselves dependent on the NHS instead of Harley Street.

Still, I wouldn’t go as far as some Canonbury revolutionaries who have hung out a banner asking; “How many more deaths will it take for people to stop clapping and start revolting?”. Juvenal knew that the early Roman emperors only needed to ensure the supply of panem et cirenses – bread and circuses – to make certain the plebs didn’t get uppity. Let’s hope the modern equivalents, Tesco and Netflix, keep delivering the goods.

Which brings me round to our food shopping. Mindful of government advice, we’ve worked out that we only need to visit our local Co-op (selected over Tesco’s for its wider aisles and social distancing measures) once every four days. We can’t carry more than four day’s supply. Trying to stay reasonably healthy, we’ve restricted ourselves to one ready meal per visit. Foraging the ready meal aisle is one of my allotted tasks, on the first visit I chose fish pie, and very tasty it was too. The trouble is, I’m so keen to spend as little time as possible in the store that, by the time I reach the ready meals, I can think of nothing but fish pie. Deep down, I know I like the macaroni cheese just as much, maybe more, but every time I return with fish pie. I think home Peter’s beginning to get a bit fed up of fish pie.

The views expressed in this blog do not necessarily correspond with those of Haggie Partners LLP and almost certainly not with those of Mr Haggie himself.